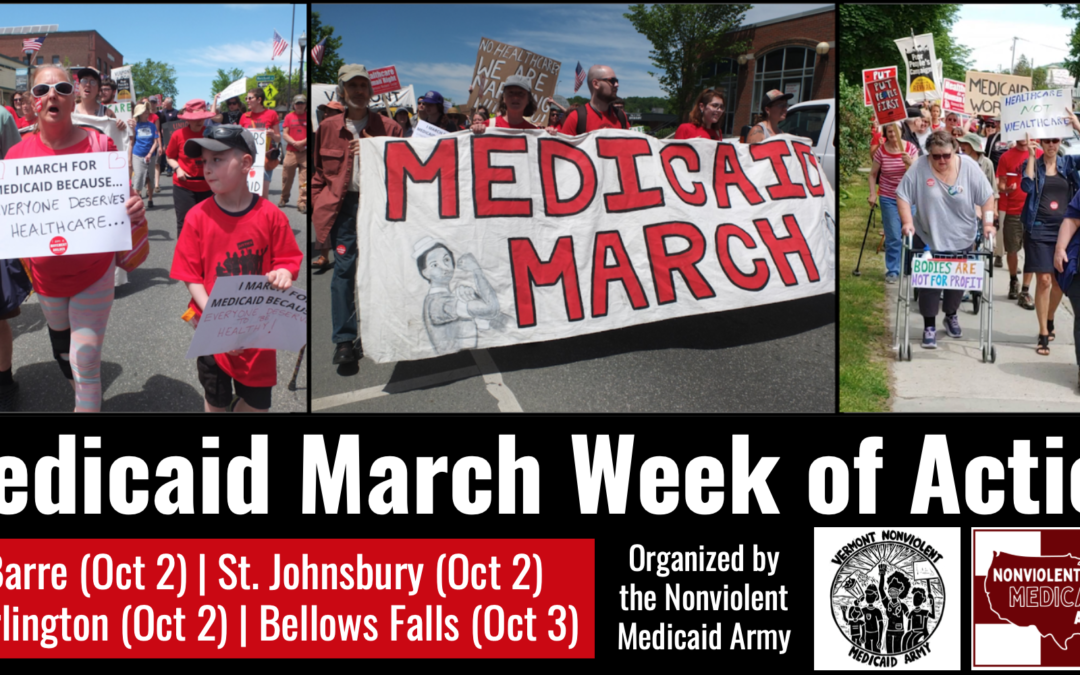 Join the Vermont Workers’ Center and the Nonviolent Medicaid Army for a national Medicaid March week of action!

Join us on October 2nd and 3rd to demand Governor Scott expand Medicaid to everyone and cut the state’s contract with OneCare, a for-profit company siphoning off millions in Medicaid funding that should be spent on people’s healthcare.

These actions are part of a Medicaid March week of action with the National Nonviolent Medicaid Army across Kansas, Pennsylvania, North Carolina, Vermont and elsewhere that will: